Chris is the weird guy at the end of the bar listening to opera with no headphones on a transistor radio. When opera isn't on, that radio is tuned into whatever manner of sports talk radio he can find, or he's watching it on the television, or both at the same time. I am constantly subjected to those shouting heads who prove that we award far too many college degrees in this country. Because of it, I hear information about sports other than baseball, even the spectacle that is known as the NBA. One outcome of this subjugation is that it has made me realize how much of a superfan I am when it comes to baseball.

I have rooted for the Capitals and Redskins for awhile, having lived in DC for most of the last ten years, the Capitals more than the Redskins as I like hockey more than football. But I had no emotional investment in those teams or those sports. I went to Caps games back when you could get $10 tickets and move down because no one went to games in the pre-Ovi days and the NHL was hurting from the 2004-2005 lockout. Still, I didn't watch the games on TV unless they were on in a bar and there wasn't anything to talk about. I didn't much notice the cancellation of the hockey season in 2004-2005. However, by the time of the 2012-2013 lockout, I did notice. Ovi had made hockey fun to watch, and I actually missed seeing the Caps play. The annual trip to the playoffs didn't hurt, either. I was on the bandwagon.

This season, we actually go out with the purpose of watching the Caps games. I'm looking forward to tonight's game and plan to make an event of it at Lou's. They haven't played since Tuesday, and I find myself contrasting the weird NHL schedule to the MLB schedule, where off days are rare. In hockey, you can play two or three games in a row then have three or four days off, and it seems like it's a momentum killer at times. This may be the first season that I've actually noticed that.

I've also noticed that I don't know a lot of the rules of hockey. I recently learned about the overtime rules and how you get one point in the standings for just making it to overtime, a very basic rule that determines playoff positions. I don't know most of the opposing NHL players, and I don't usually watch hockey games if the Caps aren't playing, unlike in baseball when I can name at least half of the rosters of every team and know some of their prospects, too. That's starting to change, as I find myself glancing at the screens of hockey when the Caps aren't playing, and two nights ago I actually watched the entire Blackhawks-Flyers game. I still had to look up the standings to find out what division those teams played in. I suspected the Flyers were in the Caps' division but I didn't have any idea how good they are this year. Contrast that with baseball, when after the All-Star break I can name the place in the standings of every team in baseball.

This must be how many Americans view baseball. I know there are far more baseball fans than hockey fans in this country, and the length of the season exposes us to the game for twice as long as the icy sport, but how can I snicker at the person who sits behind me at a baseball game and asks questions to clarify certain rules? I'm sure the odd Caps fan has overheard me ask stupid questions about hockey, rolling his eyes and lamenting the Caps "bandwagon." And what happens when the Caps stop being a good team? Will I lose interest and jump off the bandwagon?

I don't know. If the Redskins are any indication, that answer is probably no, at least not while I live in DC. (It took years for me to stop paying attention to the Giants when I moved from California, and I still have a soft spot in my heart for them, except when they're beating the Reds in the playoffs.) Sure, I stopped watching the Redskins when it was clear there were no playoffs this year, but even diehard fans jumped ship on this disaster of a season. Sure, I pay attention when they're doing well, but who wants to watch the biggest joke in the NFL? I'll watch next year. I mean, I lose interest in the Reds when they're out of contention in August; it's natural, right?

For so long I mocked the Nats bandwagon fans, but I think that is more because they carry that same Washington arrogance that I can't stand about this city more than that they were becoming fans. It was the know-it-all attitude (and the often incorrect information they stated about the team and the game of baseball) that I came to despise. It was being told to sit down when the team was rallying. It was thinking a guy like Adam LaRoche could be MVP and then being offended when I pointed out he wasn't as good as it seemed, or being ridiculed for saying he was not worth that big contract that he was given. It was the arrogance in crowning the Nats World Series champs in February 2013, in thinking it was ok to shut down the top pitcher on the staff because the team would just run over everyone in the playoffs, in criticizing future HOF manager Davey Johnson when things didn't go as they planned.

I don't find myself doing the same kind of stuff when it comes to the Caps. I know I don't know a lot about hockey, and I'm certainly not going to tell someone who's been a fan for 36 years that they don't know what they're talking about as Nats fans did to me (how'd LaRoche do this season, suckers?) We didn't have an NHL team in Ohio when I grew up, but my mother did take us to Dayton Bombers games, and I went to most of the hockey games at Miami University when I was there, so I did have some exposure to the sport. But it wasn't until I moved to Washington when I had a team I could root for. So I'm not sure if my Caps fandom counts as bandwagon or not. All I know is that I'm developing a hatred for the Rangers and the Penguins and I think that is an important step in any relationship with a sports team.
Posted by Cathie at 12:12 PM No comments:

Baseball and the Canaanites 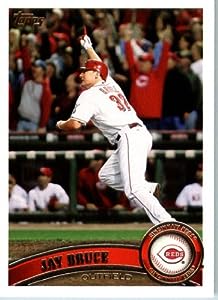 As I was writing a blog piece on what amounts to the end of chapters of happiness in our lives, I began to think about the changing seasons, which naturally led to thoughts of baseball seasons.

My 2010 was a good one, a protracted one which ended not on December 31, 2010, as is the convention, but a whole season later on March 31, 2011. The year began with me being shipped to Beirut for four months from January to May. I watched the Reds on Opening Day from a four-star hotel in Nicosia, Cyprus, and I was able to catch the day games form a a hotel bar in my neighborhood in Beirut until I went home for the summer. Lebanon actually had a government that year and there was some semblance of stability, so there were reasons to be more hopeful than usual.

At the risk of making conflict sound trivial, I held a similar kind of hope for the baseball season. The young Reds prospects had a few seasons under their belts, we had just won the bidding war for Aroldis Chapman, and the shouting heads in sports media often picked the Reds to win the division. I sublet an apartment that summer and MLB Extra Innings came with it, which is how I watched most of the Reds games that season.

I had reached a point in my life when I could afford to take vacations, and in September I took on to Paris and Beirut, which I had planned much earlier in the year. I watched the Bruce homer make those media predictions a reality in that same hotel bar in Beirut. Our decade-long nightmare was over. Life seemed nearly perfect. When I returned, my life started to crumble. The Reds being swept out of the first round of the playoffs was a precursor of things to come. My organization lost its funding that week; I was out of a job soon after that. It seemed as if as the Reds go, so goes my life.

Rather than mope, I made the decision to go back to Beirut to continue the work I had started and to find new consulting opportunities. It was winter, anyway, the off season of both baseball and mental contentment, and why live in winter when you can have the Mediterranean sun instead? I didn't miss the snow and cold, that's for sure. My return flight was set for March 30, 2011. I could have stayed a few weeks longer on my visa, but I chose the date for a reason: Opening Day was April 1, and the Lebanese internet had deteriorated enough that I could no longer stream games, so I HAD to go home to see it!

When the time came, my flight had been pushed back a day, and I wouldn't get back to the US until April 1. It would be close, but I thought I could make it on time for first pitch. I ended up having a 19 hour layover in London, so I spent a melancholic day wandering its streets rather than sitting in the hell that is Heathrow.

As I was flying to Denver on April 2, I chose a hotel near National Airport from where I'd leave rather than Dulles where I'd be landing. Dulles is truly a pain in the ass. I know how to slyly push my way past all the people with more money than I have who sit in front of me on the planes. I know to stand in the front of the transport car to the terminal no matter how many times we are asked to move to the back, because the customs line can be forever long. I know how to dodge people in the airport to get to the Washington Flyer bus back to Washington like I'm a pro-Bowl running back. But you can't predict the Flyer schedule, and you can't predict the Metro schedule (!), and you can't predict the accuracy of the hotel statements that say "Near Metro" on their websites, and you can't predict there will be taxis at the Huntington Metro Station, and so by the time I connected to the Reds game, I had missed the first inning.

But it was only one inning.

In the span of 48 hours I had stepped foot in three capital cities on three continents, and there I sat in a Ramada Inn in a suburb of Virginia, watching a baseball game, with no job or no place to live. The absurdity of it all. 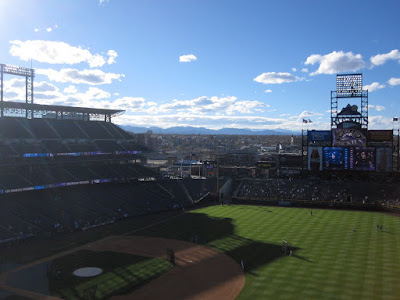 That week, I experienced my first snowout at a baseball game at Coors Field as well as a seventy degree Rockies game TWO DAYS LATER. I spent the summer in Ohio and attended several Reds games at home, but the season was a bust. So, too, was the new job I got that August. But that's a story for another day.


If you enjoyed this post, please head over to From Beirut to Jupiter to read a reflection on the changing seasons of our lives.

*The land of Canaan in the Bible is present day southern Lebanon. The Canaanites were know as the Phoenicians in Greek, the civilization that invented the alphabet.
Posted by Cathie at 3:40 PM No comments: