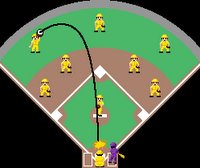 So we've reached the end of the first week of the 2006 baseball season. I've decided to write a regular Sunday column wrapping up each week of the season, focusing mostly on the teams I follow, but I'm including a section called "Around the horn" looking at baseball in general. Since I am a baseball junkie, I am usually waiting around for the 1pm games to start, so it will give me some time to kill until the players take the field.

The Reds will do well this year, especially when they trade for a reliever next week. (Look into your crystal ball!) Ok, ok, so it is only the end of week one, and the offense can't keep scoring a gazillion runs every game to make up for the terrible bullpen, but these guys have been hot. You can't ask for better starting pitching, which hasn't given up a walk since Aaron Harang's walk in the sixth inning on Opening Day. If I were Harang, Arroyo, Claussen, or Milton, I'd corner those bullpen guys and give them a piece of my mind.

Reds player of the week: Ryan Freel. Freel leads the Majors in stolen bases with 5 and is second in runs scored with 7. Many of the runs were all of his doing, like the time he scored on Adam Dunn's sac fly that was too shallow to be a sac fly. Freel is also batting .545 with 6 hits in 11 at bats and 5 walks. His on base percentage? .688. Tony @#$%! Womack, eat your heart out! NOTE: DESPITE FREEL'S STELLAR PLAY THIS WEEK, THE HATED TONY @#$%! WOMACK IS STARTING TODAY'S GAME!!!!


Nats (2-3, 3rd)
After a comback victory that still has Nationals fans stunned (Roy Oswalt has a five run lead after one inning and blows it? Is it the apocalypse?), the Nats sit on a 2-3 record going to face Andy Pettittttttttte Sunday afternoon. At times, the team has looked downright awful. The offense is among the worst in the Majors, and they can't hit with RISPs to save their lives. Yesterday was an exception, but can it become the rule?

The biggest story of the week was the beanball war fought between the Mets and the Nats. Manager Frank Robinson, pitcher Felix Rodriguez, and outfielder Jose Guillen face suspensions for their involvement, but did Pedro get in trouble? No, even though he was the one actively and purposely throwing beanballs. The Mets come into town on Tuesday for the Nats' home opener, and it is going to be quite a series. Pedro is pitching on Wednesday. (I have tix for the home opener and am looking forward to the tension!)

Nats player of the week: Jose Vidro. Vidro has 9 hits in 22 at bats, including two homeruns. His 7 RBI are among the league leaders after the first week of play. Jose is looking like his former All-Star self, but can he keep it up through the grind of a 162 game season? Did the Soriano situation have something to do with it?


Giants (3-2, 1st)
The Giants had a lot of non-baseball business to put up with this Spring, but they've gotten off to a decent start in the first week, including yesterday's 12-6 thrashing of Tim Hudson and the hated Braves. No, Bonds has not taken a closer step to the Babe, but he's walked 5 times in 16 plate appearances, so he's not exactly getting any pitches to hit. Jason Schmidt takes the mound today to try to even up his record after losing his Opening Day bid.

Giant of the week: Matt Morris. Morris could very well be the key to another division title for the Giants this year. In his first appearance, he went 6.1 innings, giving up only one run and five hits. I'm loving that Morris is on the Giants this year for two reasons. 1) He's on the Giants, thus giving the Giants a greater chance to take the division. 2) He's not on the Cardinals, a team that is rapidly going from team name status to hated team name status. Every hit to the Cardinals is good.

Around the horn
What about those Tigers? Undefeated? Who'da thunk it? And Chris Shelton? 5 homeruns, 7 RBI, .700 average? Look for him to earn player of the week honors. Can the Tigers keep it up?

And what about the Brewers? We knew they were vastly improved, but have they improved enough to keep playing the way they have been all week?

The Braves have the hightest ERA in baseball. The Mazzone curse?

Kris Benson pitched well in his debut for the Orioles, giving up 2 runs in 7 innings but taking the loss anyway. For some reason, the bigger news was that his whore wife decided not to divorce him, after all. Check out this hillarious parody site: Anna Benson Enterprises.

Goat of the week
TIE - Tony @#$%! Womack and the Reds bullpen. Why Womack? Because it's Tony @#$%! Womack. The Reds bullpen suckiness is led by Chris Hammond, who at weeks end has the forgettable ERA of 189.00, and he only has an ERA because he finally managed to get one out yesterday.
Posted by Cathie at 10:42 AM

No kidding about Chris Hammond - I do believe Opening Day was the first time I've had the (dis)honor of completing my scorecard by writing 'Infinity' next to the name of the pitcher where I usually put a numerical ERA!
Right on with Freel - he's had one helluva week.

Hammond can only get better!

stupid bitch..typical of a skirt that hasn't PL:AYED a single inning of baseball

hey, tony, is that you? tony? you forgot to leave your name!