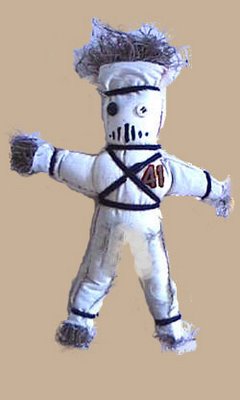 Sorry, Jerry, we have to resort to this, but we can't have Ryan Franklin come in any more close games. Nor can we have Hollandsworthless or McClayton pinch hitting in critical situations. Nor can we have McClayton batting second. So, Jerry, every time you even think about putting your team into one of these situations, you get a pin.

I don't care if MLB.com says this in defense of your "Manager of the Year" credentials (puke):

Jerry Narron, Reds: Given an ownership change in January and a new general manager shortly thereafter, not much was expected of the Reds in the NL Central this season. Narron was given the job in 2005 after Dave Miley was fired and the term "interim" never had a chance. Under Narron, the previously 27-43 Reds finished the season on a 46-46 run. And with the return for most of this season of a healthy Ken Griffey Jr., they made a run at the Cardinals in their division and are still hot to trot in the Wild Card race. This despite a shaky bullpen and the usual rash of injuries.

That was some win last night, eh? (But it never should have come to that in the first place.)
Posted by Cathie at 10:34 AM